Art Through the Lens of a Surgeon

It is not often that we find a surgeon who has a passion for art. And when we do, it is only fitting that we hear his stories on how he navigates these two. As such, the Centre for Bioethics and Humanities (CBH), invited Dr Ramji Narayanan, Associate Professor of Surgery, International Medical University (IMU) to share on “The Dancing Girl from The Valley: What Do Artists Want to Tell Us?” on 9 March 2022.

Dr Ramji (in the photo below) who has a great interest in art and history expounded on the different aspects of the human body as depicted in art, history, and medical illustrations.

He highlighted fascinating information on how our brain plays a significant role in retrieving our memory and how we human beings define and interpret art differently, centred on our experiences and memories.

He illustrated this through the bronze sculpture of “The Dancing Girl from the Valley” from the Indus Valley Civilisation dated c. 2300–1750 BC and explained how the sculptor, based on his experiences, had made certain features more prominent.

The bonze girl’s hands were too long, and her eyes were too big, as if they were deliberately made that way or the best representation the artist could create at that point of time.

With this, he moved on to talk about how art has been expressed over the years and in various continents. Ancient artworks from the Indus, Mesopotamia, and Egyptian civilisations were not created realistically due to the lack of artistic tools, materials, surfaces, and indoor lighting. Artworks have evolved with improvements in techniques and tools. The motive or the message behind every artwork is different where it either presents perfection or imperfection. At the same time, the audience also tends to perceive the artwork according to their perception.

The artist usually gives obvious clues for the audience to see. As an example, the painting of Mona Lisa (c1506) by Leonardo da Vinci placed in Louvre, Paris, is seen as a woman with an enigmatic smile, however, this portrait also shows other features such as the position of her hands and the background. This keeps the art critiques guessing the real intention of the artist. Some other examples illustrated by Dr Ramji were The Lady of Shallot (1888) by John Waterhouse, Family Group (1949) by Henry Moore, Seated Woman (1938) by Pablo Picasso, Bimbetka Rock Painting (8000BCE) from Raisin District, Madhya Pradesh and many more.

Dr Ramji concluded his presentation by emphasizing that art has changed over time; the message from the artwork might have also changed but the urge to keep drawing or creating art pieces to convey certain messages to the audience will never change.

The one-hour webinar ended with a question-and-answer session from the audience on areas such as the different perceptions of the audience on certain artwork, artwork and medical illustration, and the influence of artificial intelligence in future artwork. 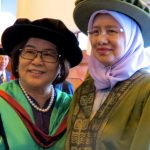 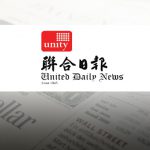 The Impact of a Global Pandemic on Children and Adolescents 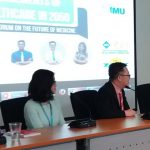 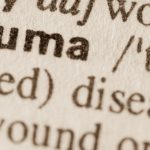 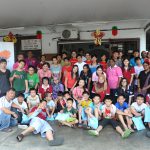