20 August 2017 – A workshop on Effective Dental Assisting – “Skills Reinforcement” was held at the International Medical University, Kuala Lumpur. The workshop was aimed at reinforcing key skills that every Dental Surgery Assistant (DSA) is expected to possess, namely:

28 DSA’s from various private dental offices, hospitals and universities in KL attended the workshop. The participants were given two highly informative short lectures on ‘BLS in Adults’ and ‘Periapical Radiograph and Radiation Safety’ by Dr Niekla and Dr Sham Kishor respectively. Following this, there were three intense hands-on sessions for the above mentioned three topics facilitated by experts in the respective fields where the delegates were given an opportunity to practice and reinforce their skills.

The workshop concluded with a discussion and feedback session during which the delegates mention that they appreciated the quality of facilitators and the fact that the hands on sessions had greatly benefited them to reinforce and sharpen the skills essential in performing their duties. They also suggested that similar workshops should be conducted again in the future. 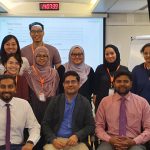 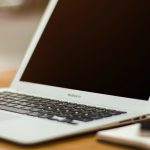 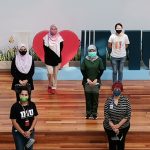 BLS Re-certification for Academy of Family Physicians of Malaysia Trainees 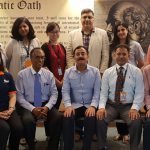 Empathy: The Key to Effective Teaching 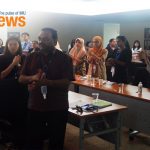