Dietitians Weighing In on Eating Disorders

A dietitian from IMU’s Nutrition and Dietetics (N&D) Department, Teo Soo Lay (in the photo above), is one of the speakers of this webinar

Often, we hear about certain eating behaviours that can be harmful to people, but what exactly are these behaviours? In reality, eating disorders are an issue not discussed enough by the public or healthcare professionals. Globally, 9% of the population are suffering from the condition according to the National Eating Disorders Association. In Malaysia, the prevalence rate is more elusive although it is found that for every 10 to 20 females with eating disorders, there would be 1 male suffering from the same as well. While the local statistics for eating disorders remain to be fully determined, the Malaysian Medics International (MMI) acknowledges how these conditions do affect society negatively and has decided to start the conversation rolling amongst the next generation of medical doctors. In conjunction with the National Eating Disorder Awareness Week, MMI sought to cultivate a better awareness of these disorders and hopefully contribute to its de-stigmatization. In their effort to do this, they have launched a 3-week campaign for fellow members of medical students called ‘Count Your Blessings, not Your Calories.’ The campaign began as a series of infographics with interactive online quizzes before finally culminating to a webinar consisting of subject matter experts on 27 February 2022. The webinar aimed not only to discuss the different forms of treatment available for eating disorders but also to allow the members to understand the disease from the patients’ point of view. Contributing the dietitian’s perspective in this webinar is Teo Soo Lay, a dietitian from IMU’s Nutrition and Dietetics (N&D) Department. She spoke alongside Dr Rahima Dahlan, a senior lecturer and consultant child and adolescent psychiatrist from University Putra Malaysia (UPM). While Dr Rahima spoke of the diagnostic criteria in addition to the medical treatment of eating disorders, Teo shared about the role of medical nutrition therapy delivered by dietitians in anorexia nervosa, bulimia nervosa and binge eating disorder. “Not only are dietitians who work with such patients skilled in matters of nutrition, but they are also well-versed with counselling techniques.” In order to provide a real-world cast to her content, Teo also shared 2 case scenarios with the audience.

“I hope this session highlights that in order to tackle eating disorders, health professionals do better when we work together and contribute different expertise from medical, nutrition and mental health,” she said.

Attracting almost 40 participants, the webinar was well-received with positive reviews. Many regarded the session as informative, and that it would be a good event to continue in the future, as it can expose the next generation of healthcare professionals to this important yet often overlooked topic of eating disorders. 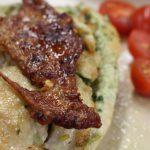 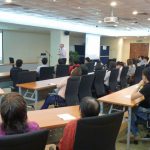 Enlightening Talk on the Emerging Role of Practice Pharmacists at IMU