IMU Medical Students Debate on Medical Ethics and The Environment

Professionalism, ethics and personal development is one of the key components of the 8 learning outcome domains of International Medical University (IMU). As an IMU medical student, we strive to improve ourselves equally in both medical knowledge and medical moral principles which are important in shaping us as a future healthcare professional. Thus, an intercampus debate between final semester students about bioethics is organised biannually to facilitate discussions and learning on ethical issues in an interactive way. This year, the long-awaited debate was organised by the students on IMU Kluang Clinical Campus under the guidance of our Advisor, Prof Dato’ Dr Sivalingam Nalliah and Supervisor, Dr Hussein Akl. The debate theme was chose based on the Universal Declaration on Bioethics and Human Rights, Article 17 in accordance with the bioethics core curriculum by United Nations Educational, Scientific and Cultural Organization (UNESCO). This theme emphasises on protection of the environment, importance of appropriate access and utilisation of biological and genetic resources as well as the role of human beings in the protection of the environment. The event was carried out on 25 November 2019 in the main auditorium of Hospital Enche’ Besar Hajjah Khalsom, Kluang. The event started at 8:30am with registration of guests, students and lecturers followed by refreshments. This was followed by a morning prayer session led by Mustafa Sharif Sayed Mohammed, a Muslim student. We were pleased to have Dr Fadzul Arifin bin Mohd Noor, representative from the hospital to give an opening speech and officiate the opening ceremony. She was presented with a token of appreciation by Dr Hussein AKL on behalf of IMU.

At 9:15am, we started our first session of debate on the topic “This house believes that vegan diet help reduce environmental pollution”. 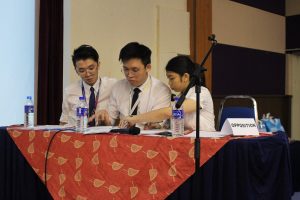 The judges involved in this round of debate are Zuhari bin Said from the Environmental Department of Malaysia, Prof Ramji Narayanan and a student judge from Batu Pahat, Kee Chern Wayne. All the participants were confident and enthusiastic in expressing their thoughts. They charmed the audience with their great performance and the debate session were filled with both nervousness and laughter. At the end of the session, the judges provided their valuable feedback and given their marks for each team. After a short break of 10 minutes, the second session of the debate started with the topic “This house supports genetically engineered babies to achieve immunity against disease”. 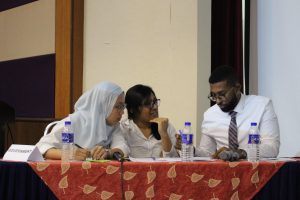 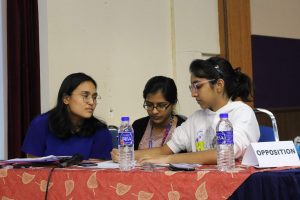 The debate was informative and intense with continuous exchange of points supported with facts during the rebuttal round. Insightful feedback was given by judges Prof Velayudhan, Dr Hussein and student judge from Kluang, Ong Su Li. The two sessions of debate officially ended at 12:00pm. 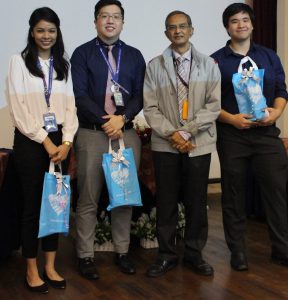 Following the thought-provoking debates, Zuhairi bin Said provided the students with an enlightening presentation which emphasised on the importance of environmental law, authorities as well as the public’s responsibility in protecting mother nature. He also encouraged the students to come up with activities such as planting trees or cleaning the beach as a group to increase awareness and care for the environment. Dr Hussein Akl then presented Zuhairi a gift as a token of appreciation on behalf of IMU.

At 12:30pm, all students were invited to participate in a Kahoot quiz which assessed the student’s knowledge on the topics that were debated earlier. It was a quick yet interesting session as students strive to answer the questions on their cell phone as fast as possible to obtain high points in each round. A gift was awarded to Janusyia a/p Sivananthan for winning the competition with 8 correct answers out of 10 questions. During the prize giving ceremony, the winning team and best speaker for each debate sessions were announced. Winner for both rounds of debate competition goes to the team from Batu Pahat with Law Boon Eaw and Nicole Ann Mathews being the best speaker for each debate sessions. To conclude our event, Dr Hussein Akl, our chairperson was invited to deliver a closing speech for the closing ceremony. He congratulated all the debaters for their notable performance. He expressed his gratitude to all guests, IMU faculty and all committee members of the debate team for making the event a success. All were invited for lunch where it became a bonding session between lecturer and students, as well as between students of Kluang and Batu Pahat campus. All in all, the event was well organised and it was certainly a day well spent.

Written by Sandy Tan Su May 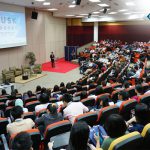 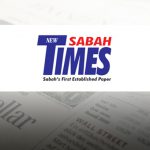 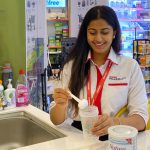 A Nutritionist Working in a Pharmacy Public Health Research During the Pandemic