Lessons from the Frontline: What COVID-19 Taught Us

My name is Wen Jing. Ever since I was a young girl, at a tender age of nine, I was inspired to become a nurse. To realise this dream of mine, I enrolled myself into the International Medical University (IMU)’s Nursing programme in 2012 and graduated in 2016, as a registered nurse. At that time, I considered myself lucky to be recruited by one of Singapore Hospitals, prior to my graduation and started working in Singapore in 2017.

The experience of working at a Singapore hospital is very different from what I experienced in Malaysia as a student, but it was definitely an eye-opening one. Along the way, I was lucky to be given many opportunities to learn. I also had many seniors guiding and inspiring me to become a better nurse who is more holistic and be able to do more for the patient.

During my time there, I started off in general surgery ward and was then transferred to assist in the opening of a new general medicine ward. One of the lessons that I learnt there was that taking care of the older community has made me into a better person, who is more caring and patient. Through them, I learned to listen to their problems at home, identify the root-cause and close the gap with appropriate referrals. However, at one point in time, there was a patient who was diagnosed with advanced cancer, which had metastasized to her lung, with active management. She was breathless and her vital signs were deteriorating. As a junior nurse in the ward, I was clueless as to how I can help her. Two of my seniors came in and did the assessment, performed the interventions and positioned her accordingly. Thereafter, the vital signs improved. I was truly amazed. Since then, a seed was planted in me, and one year later, I decided to go to ICU, to continue learning and explore.

Working in the ICU, I learned that a patient does not just come with one problem in one system, but this patient needs to be managed as a whole. Over here, I was able to relate very much to my clinical experience when I was a student with my favorite ICU clinical instructor, Ms Vigi, who trained us well to assess a patient with many case discussions done at that time.

At the hospital, I was assigned to the Surgical ICU, where I witnessed many life and deaths especially trauma activation from accidents. As the hospital is near the Malaysian border and Customs, I have seen so many Malaysians come to us, seeing this makes my heart ache and makes me realise that life can be really fragile. As time goes by, I slowly picked up my skills as an ICU nurse. 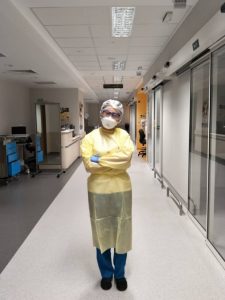 Everything was going smoothly until January 2020 when an official email was disseminated across all Singapore Hospitals on a new type of pneumonia reported in Wuhan, China with the numbers of infections climbing fast. However, this was not the first time we were alerted to any new disease in other countries, so as usual, I returned home to Malaysia for the Chinese New Year celebrations. Never would I have imagined or know that, my visit during Chinese New Year would be the last time I see my family this year.

During the Chinese New Year celebrations, Singapore reported its first case, and confirmed cases increased each day. Once I returned to Singapore on 29 January from Malaysia, all staff were informed on a travel ban. Additionally, panic levels had been increasing in the community as the community cases climbed up especially when tracing was nowhere to be found.

In response to the increasing numbers of infections, the hospital’s Medical ICU was converted to receive any highly suspicious cases, while the Surgical ICU was designated for any low risk cases. Workflows and new protocols were created and changed almost every other day. Everyone worked tirelessly. Shifts were busy and social distancing was a new norm in the whole of Singapore even in the staff pantry. 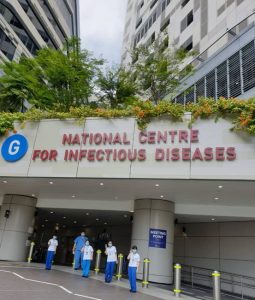 At that time, in Singapore, the National Centre of Infectious Diseases (NCID) is a newly built setting, managed by Tan Tock Seng Hospital, that had started its operation 3 months before COVID 19 struck us. The outbreak of ICU cases in NCID climbed sharply in March and positive cases were reported to be critically ill in the ICU. As a result of this, staffing had to be redistributed across the hospitals. Looking at this as an opportunity to learn, I volunteered myself to the Outbreak ICU in NCID.

Despite the rare opportunity to learn, I still couldn’t hide my worries of getting infected. So many possibilities were running through my mind. However, I remember my calling as a nurse and I hoped to be able to contribute and learn at this critical time.

Upon stepping into the ward, I still remember vividly of the things that I saw. I was impressed by how technologies have merged together with healthcare to protect patients and staffs. For a start, all the national augmented staff (all of us are with ICU background) were given a quick orientation and guidance on the latest protocol to function in the ICU.

There are a few experiences that I had with the patient that had touched me and made me rethink of my life. On one ordinary day, we received this patient from an isolated general ward as his oxygen requirement was getting higher. Besides that, he had many bad underlying diseases, such as diabetes, hypertension and so on and his lab results were not good. Hence, an elective intubation had to be done with his consent. However, a few days later, he didn’t seem to show any signs of improvement, so proning was performed with the help of multidisciplinary teams to expand his lungs for better oxygenation. He took a turn for the better but deteriorated again when he was turned back on supine. Multiple interventions had to be initiated which would have cost him a fortune. However, one day, his GCS or Glasgow Coma Scale dropped and a CT scan discovered that he had a haemorrhagic stroke. 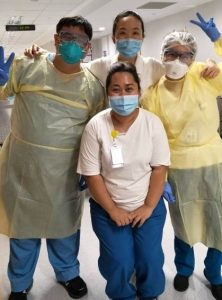 It was then that a suggestion was made for the team to speak to the patient’s family as soon as possible, with the hope that they would be able to come over to at least pay him a visit. Only then did I find out that the whole family was diagnosed with COVID 19 and is being hospitalized at different settings. A family conference was carried out via ZOOM and DNR was established, allowing ample time for all the family members to bid the patient goodbye online. With the son’s agreement, one of the life support machines was removed and within minutes, the patient passed on. My heart ached so much on seeing this as I could not imagine if this happens on me, and I cannot at least hold the hands of my loved ones in my last journey in this world.

Another positive case with COVID 19 was a foreign worker who was admitted due to heart issues secondary to the infection, looking so lost and scared on his arrival. We took off his mask and spoke to him to get him oriented. His hands were on palm to palm, placed in front of his chest, and he started crying when he saw us. He shared with us that he could not afford to lose his job and his life, because he still has a wife and kid in his home country. All of us in the room went silent and the emotions burdened his heart further. We tried to calm him down and gave him the assurance that he will receive the necessary treatments. A few days later, thankfully, his swabs result turned out to be negative and he no longer has any arrhythmias. When he was told about this, he teared up with joy and thanked all of us who had cared for him. This reminded me of my reasons to become a nurse. This is the little joy I get from work and it gave me satisfaction to be able to participate in someone’s life journey. 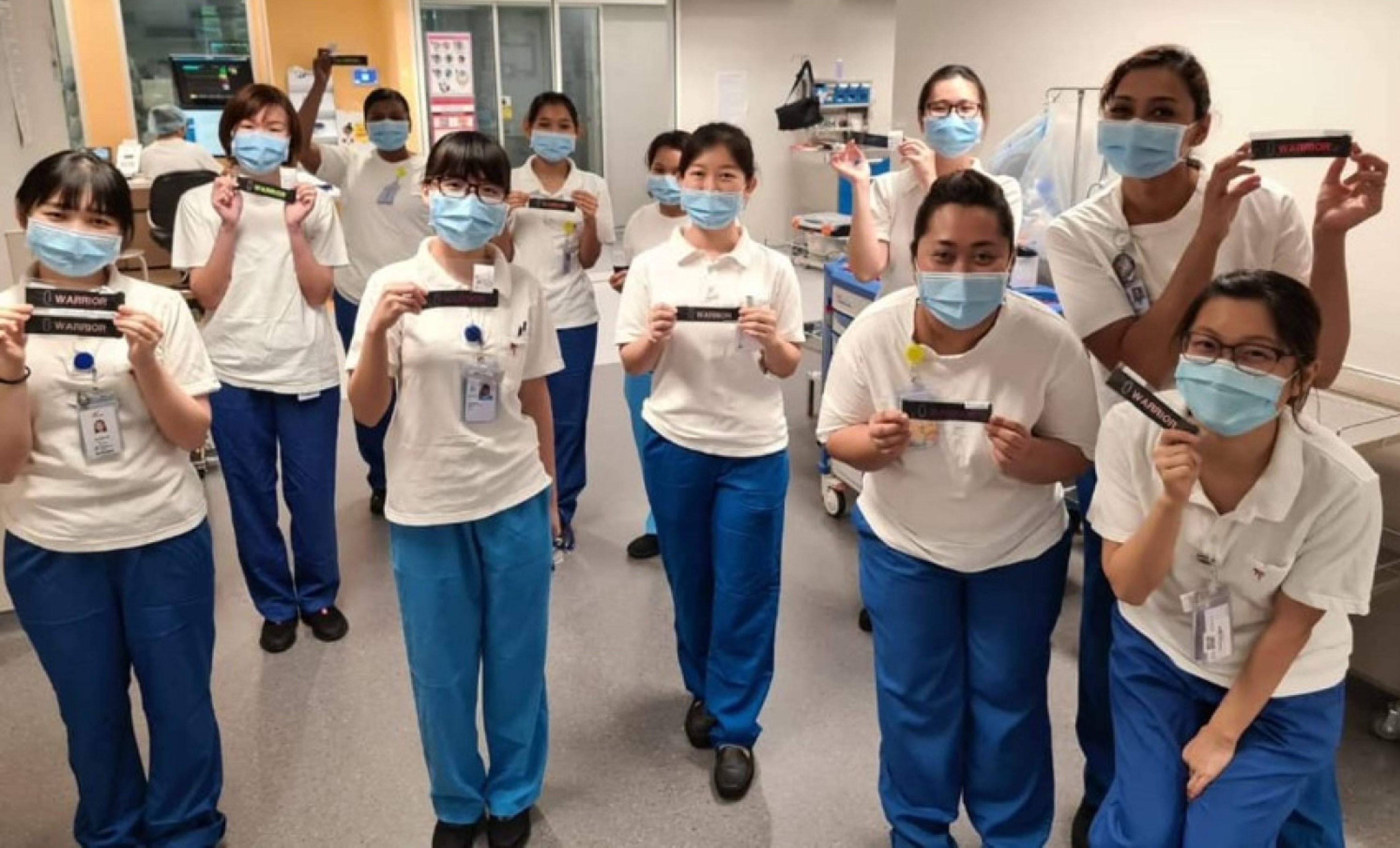 COVID-19 has definitely given all of us a hard lesson and things to ponder upon. We learned to live for the moment, express our love while we can, meet our loved one when we have the chance and definitely take care of ourselves. Our health is a result of our lifestyle, and should not be taken for granted. Everyone should stay strong, mentally and physically, and continue to put on mask and maintain social distance until the vaccines are ready. 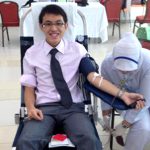 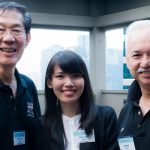 Passion and Perseverance: My Remarkable Journey as a Dental Student at IMU 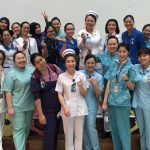 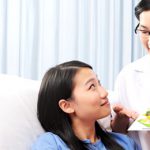 A Virtual Experience : Dietetic Placement Amidst the Covid-19 Pandemic