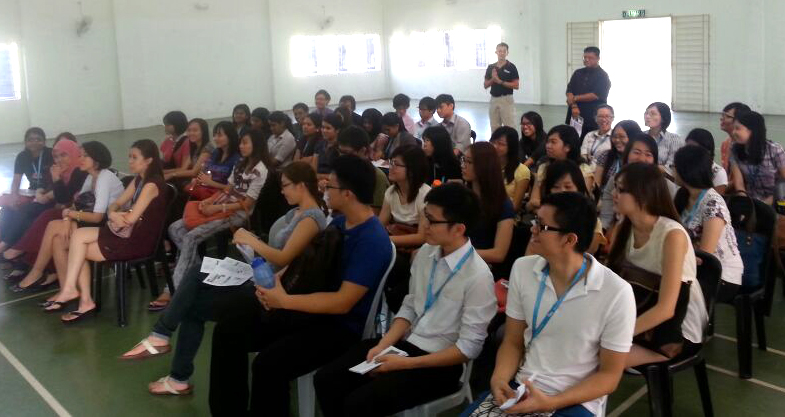 10 February – 8 March – International Medical University’s (IMU) Semester 6 Medical Biotechnology students carried out their community service-based inter-professional learning (IPL) activities at Kinrara Mas Apartment, Bandar Kinrara, Selangor. These activities were conducted together with their peers from Biomedical Science and Pharmaceutical Chemistry. The activities were carried out when the students were undertaking their Essential Medical Biotechniques module. These activities were aimed at enhancing the essential microbiology laboratory skills among students and allowing students to make independent decisions in selecting the appropriate techniques during sample collection, laboratory analysis and data interpretation. At the same time, students will also be able to develop their ability to interact with the community as well as instill health awareness through the presentation of their findings to the community. 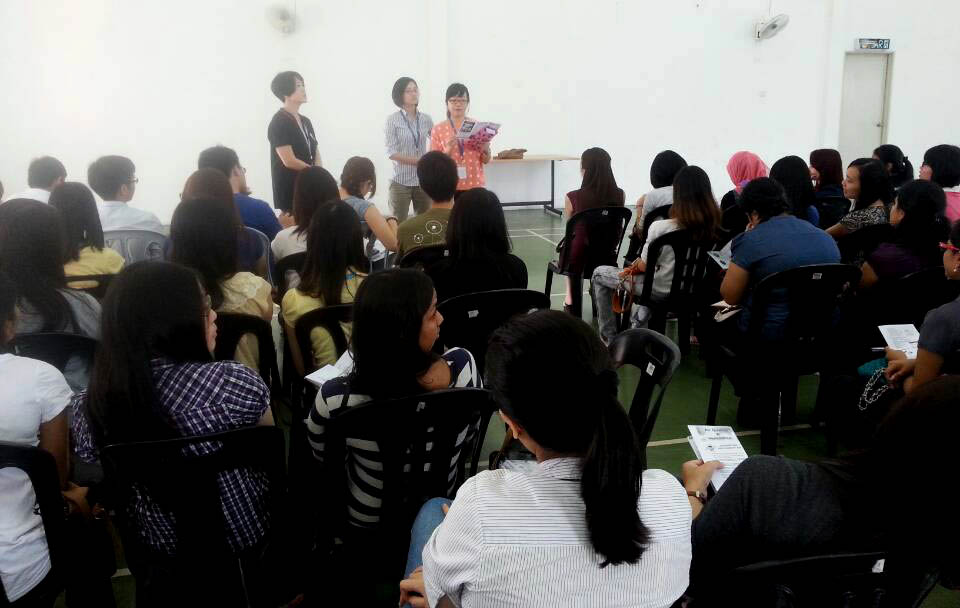 A student who was involved in this project, Lim Lee Teing said,

“Community service is a meaningful activity. Take part in community service has given us a chance to contribute to the society in relation to what we have learnt throughout the medical biotechnology programme in IMU. Apart from that, residents over there can gain benefits from this community service too. It is meaningful as the experiments that we conducted were actually beneficial to others instead of just for report writing purposes.” 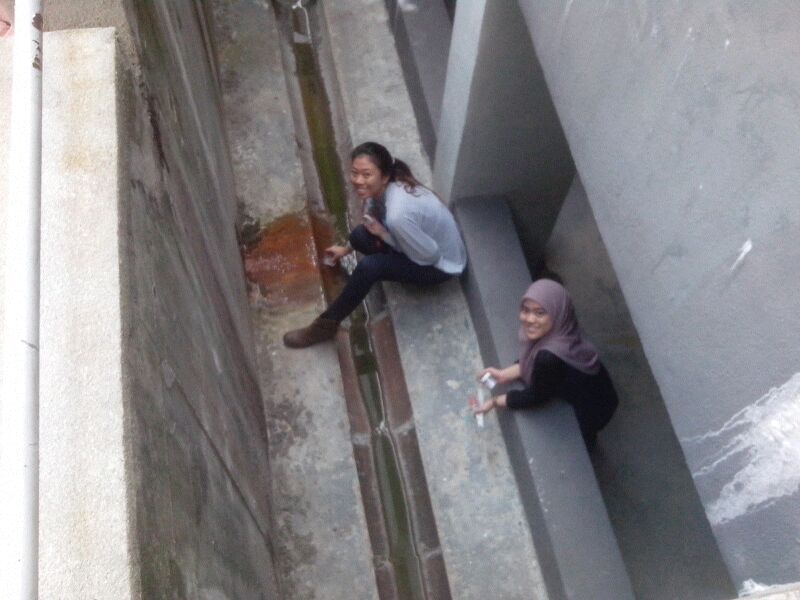 For this project, different tasks were assigned to Medical Biotechnology, Biomedical Science and Pharmaceutical Chemistry students. The Medical Biotechnology students were specifically assigned to conduct a series of activities entitled ‘Occurrence of Microbes in a Community’ while their peers from Biomedical Science and Pharmaceutical Chemistry were working on a toxicology survey.

“Throughout the community service, I am glad to have the opportunity to identify the presence of microbes at the resident area and create awareness by distributing pamphlets to the residents. Besides, I have gained some knowledge from the survey done by the biomedical students such as the harmfulness of the polystyrene container to the environment and human health,”

said Ooi Yun Pin, another student who is involved in this project. Throughout the whole project, students are closely supervised by their lecturers, Dr Kok Yih Yih (coordinator), Dr Tan Boon Keat (co-coordinator) and several facilitators. The activities for Medical Biotechnology students were initiated by collecting environmental samples such as soil, drain and swimming pool water as well as swab of common touched areas in the vicinity on 10 February 2014. Samples were then brought back to the laboratory in IMU for microbial laboratory analysis, which was conducted from 14-17 February 2014. The presence of potentially pathogenic microbes is prioritised in the analytical assays. Describing the experience of participating in this community service project, Lim Wai Yuen said,

“This project provides good opportunity to build up the teamwork among the nine of us. We had to put in the effort to prepare an informative yet simple pamphlet for the residents of Kinrara Mas Apartment. On that day itself, we rang the doorbell of each apartment to distribute the pamphlets. I was afraid and excited at the same time. My heart sank when one of the residents whom I met, listened to me halfway and said he do not need it. But, when I met residents who are really interested and actually listened to me, I felt that our project did help in raising awareness among the residents even if is just a small group out of so many residents living there. This project helped to form better teamwork among my course mates, instilled awareness in the residents about the existence of bacteria around them and gave me the satisfaction that I am actually doing something to serve the community.” 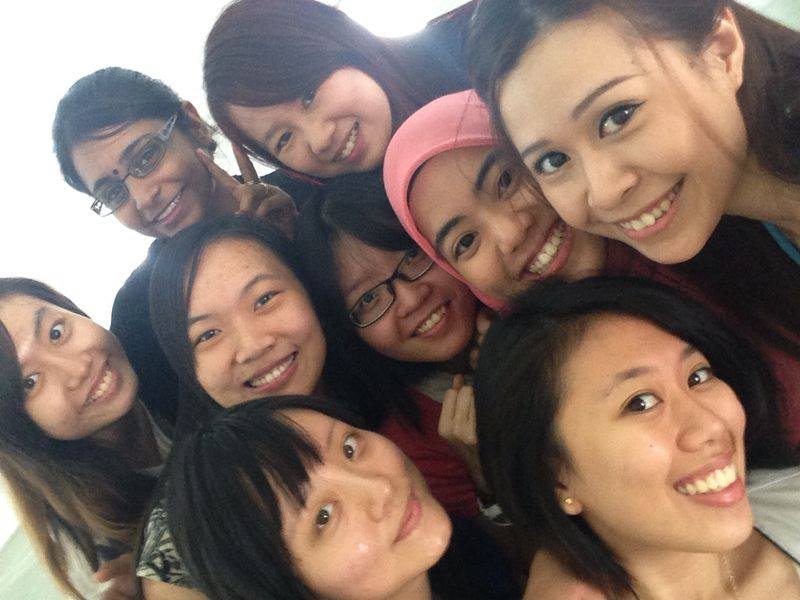 Chong Hor Yan agrees with this and adds,

“The community service has given me a chance to provide a service to the society with my scientific and biotechnology knowledge. It feels great to be able to help create awareness to the residents in Kinrara Mas Apartment about the possible microbes in their surroundings. Besides that, I had a great time working together with my course mates,”

After seven extensive sessions of 3-hour laboratory analysis, students interpreted the data obtained and further compile all their findings in pamphlets (in BM and English). Students were then have their last field visit on 8 March 2014, in which they interacted with the community by giving away the informative pamphlets and conveying some useful health awareness information verbally. Another student involved in the project, Tan Siew Zhuan said

“I feel that this community service project is very meaningful. It has not just provided us with a chance to work together, but also how to promote the hygiene awareness among the residents in Kinrara Mas Apartment. It is very interesting and exciting, when we distributed the pamphlet and explained the info to the residences. I have really enjoyed this activity as it gives experience that I can’t gain in lectures.” 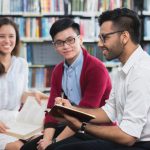 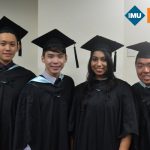 A Career as a Product Specialist for IMU Medical Biotechnology Alumnus 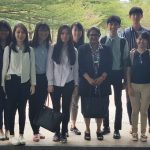