~ Over 4,000 young minds joined the “Science Up Your Future” Challenge at IMU ~

Kuala Lumpur, 15 July 2017 – The IMU Science Discovery Challenge 2017 (“SDC2017”) finale recently awarded Chung Ling High School and Methodist College Kuala Lumpur with the champion’s title in the secondary school and Pre-U category respectively. The teams made it to the grand finals where only 20 top scorers qualified. The SDC2017 attracted over 4,350 participants online for its qualifying round. The annual science education programme culminated in a finale just over the weekend where close to 700 people, including 75 teams from School category and 78 teams from Pre-U category nationwide, gathered at the bustling IMU campus in Bukit Jalil for a day of exploration in the field of science. Form 5 students from Chung Ling High School Chew Thean Ern, Tan Chin Hoong and Tan Yeong Sheng were thrilled when their team was announced winners. “We are so excited,” said Tan following the announcement. Chew too exclaimed in great spirit, “And relieved! We were very nervous during the competition and winning the first place is a big surprise.” Chew also shared that besides the competition, he had attended the Clinical Science, one of the many workshops organised on the event day. “At the clinical workshop we learned more about what a doctor does when at work. I thought that was very interesting.” Chew aspires to be in the field of medicine in future. In the Pre-U category, the team of three from Methodist College Kuala Lumpur who won the champion’s title were Teoh Jin Yeet, Cheong Ruoh Wen and Tan Wei Hao. Teoh who spoke on behalf of his teammates said that the team took almost a month to prepare for the challenge from the time they entered the qualifying round and that the practice intensified when they received the notice of their entering into the semi-finals a week prior to the weekend. The champions took home a total prize money of RM3,000 (RM1,000 per team member), a trophy each, and certificate of achievement. The IMU SDC was introduced back in 2015 to promote interest in the area of science particularly among upper secondary and Pre-U students. With focuses such as this year’s “Science Up Your Future”, the SDC2017 has been bridging the gap for students to realise the potential and lasting impact that science offers through hands-on activities and interaction with industry professionals.

Dr Mei Ling Young, Deputy Vice-Chancellor of International and Engagement, IMU, pledged full support towards the SDC2017, “As educators, we are inspired to address the real problems faced in science education with similarly practical yet fun solutions. As IMU celebrates its 25th anniversary, the university continues to focus its aim on nurturing “Better Health, Better Society”; and through events like this, we will continue to guide the next generation to explore and understand for themselves the importance and wonders in the studies of science.”

Prof Beek Yoke Chin, Associate Dean, at the IMU School of Health Sciences who is also the Chair for the SDC 2017 shared that, “Students have been shying away from science studies for a variety of reasons but we need to help them see that studies involving science paves a distinct future for them and gives them opportunities to serve society in ways that other professions do not.” 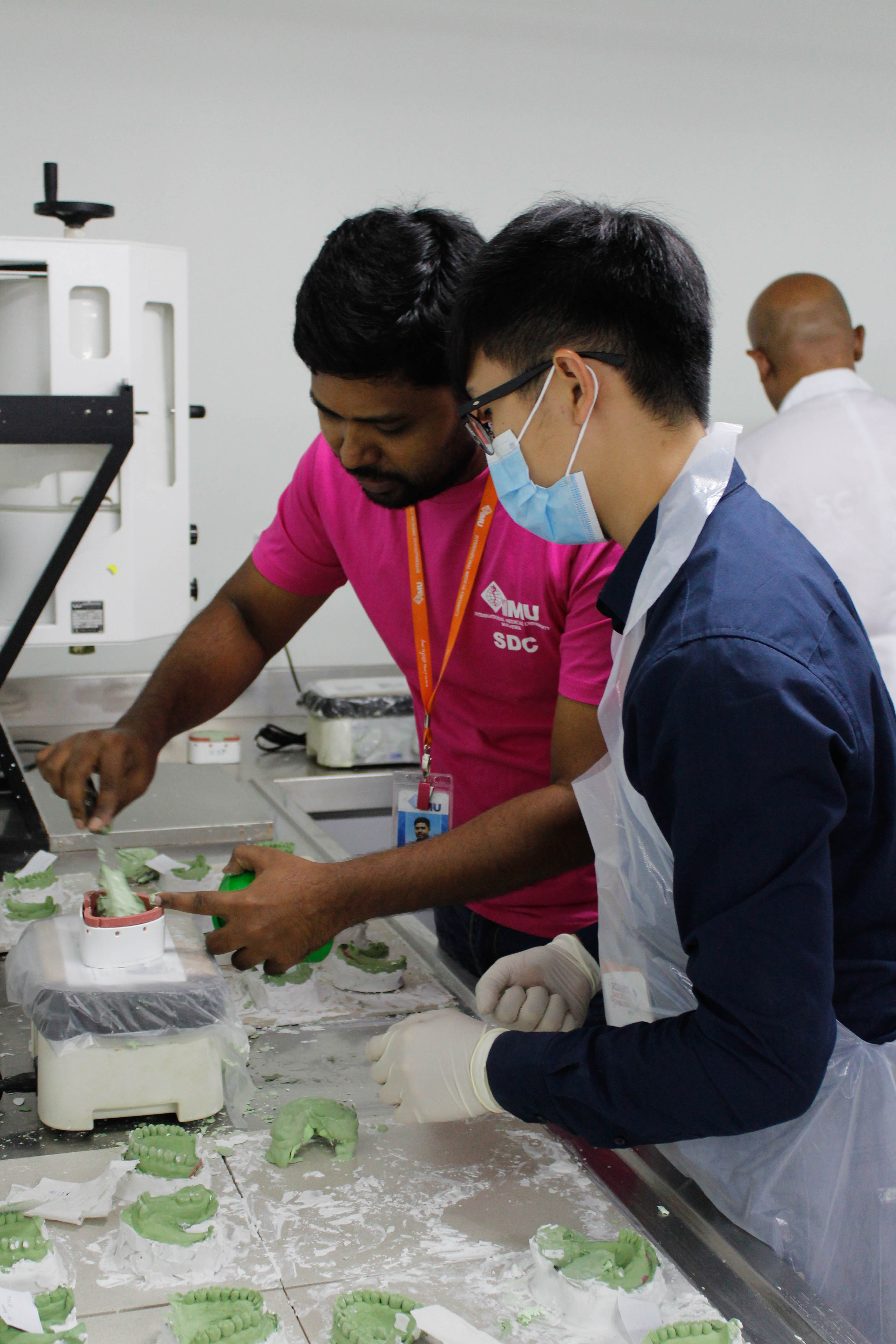 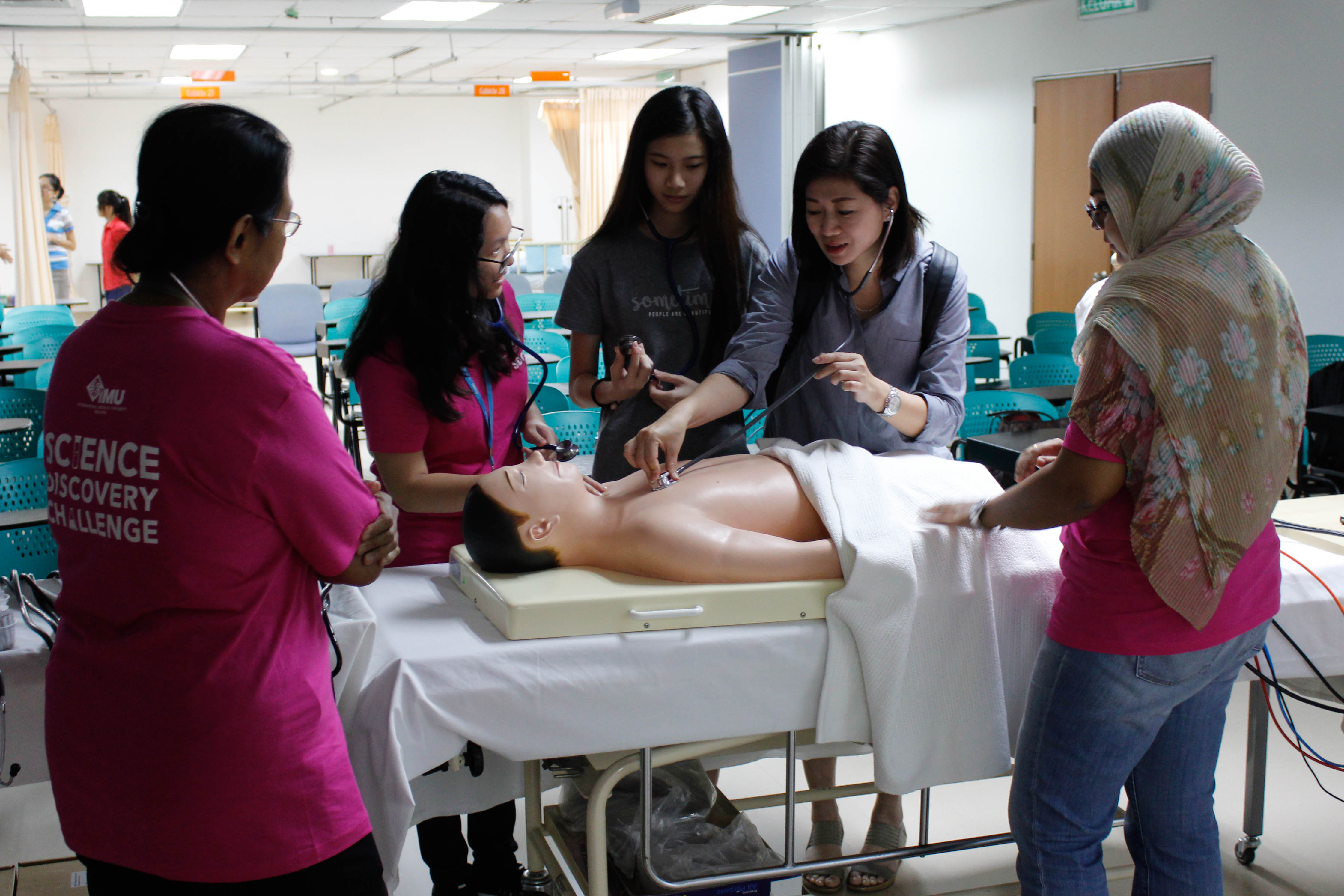 “Many students have the impression that studies involving science confines you to a laboratory or microscope. The SDC2017 aims to debunk this myth and help students see that science in its own right is interesting and can even be fascinating. Teachers are also invited to the SDC2017 where they are offered workshops on teaching science subjects and how to make them interesting and relevant for their students.”

“We apply the theories of science learned in school to our everyday life. For example, how physics and mathematics plays a role in sports such as throwing a basketball, and how chemistry and biology is seen in transmitting the sensation of pain when the ball hits you really hard. So it is interesting to observe how we see and apply science in our daily activities.”

The event began at half past ten in the morning with 40 multiple choice questions (MCQ), and only 60 seconds allotted for each question. Stress was visibly felt in the room especially when the last ten seconds on the digital timer became audible and the ticking sound vibrated across the room. 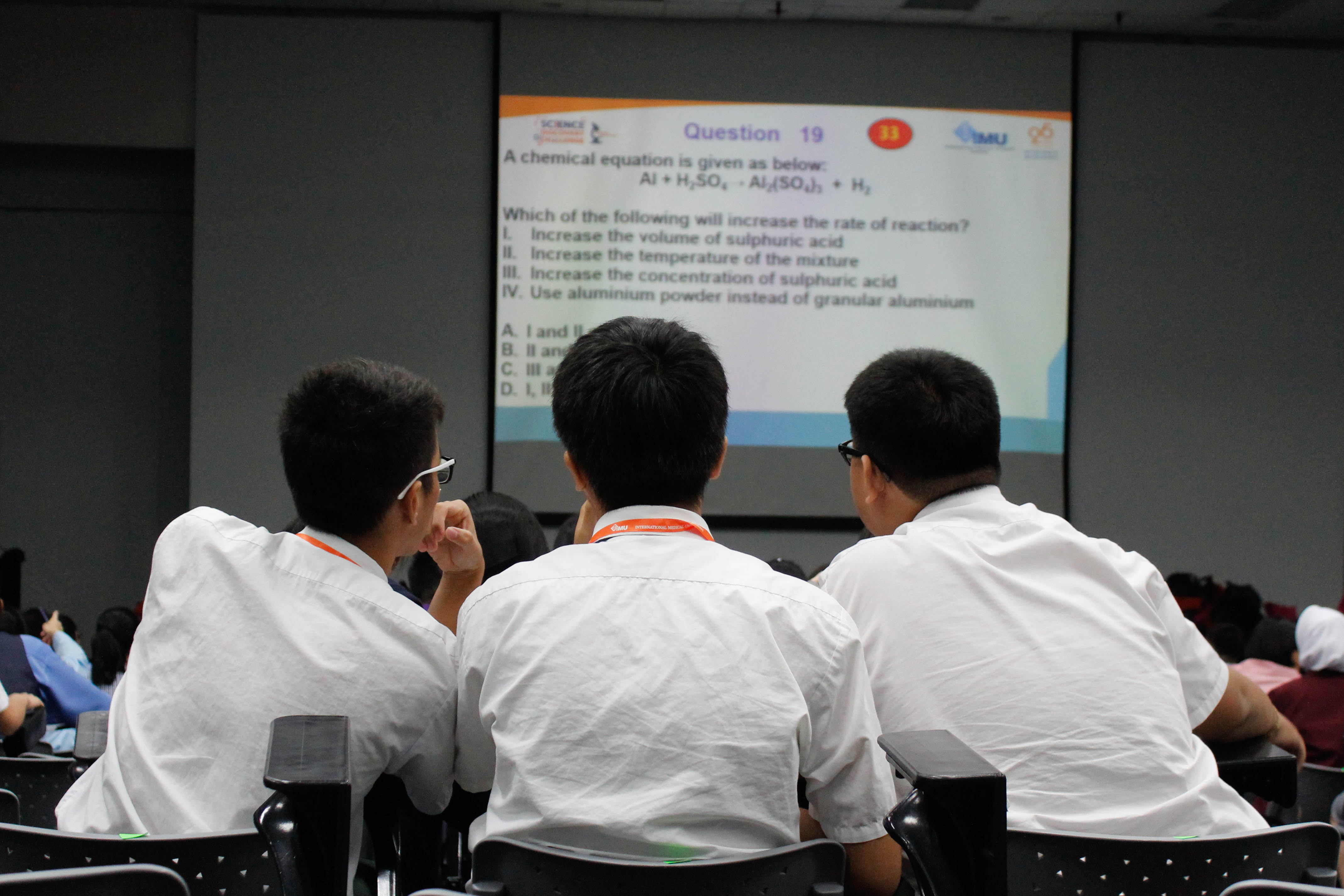 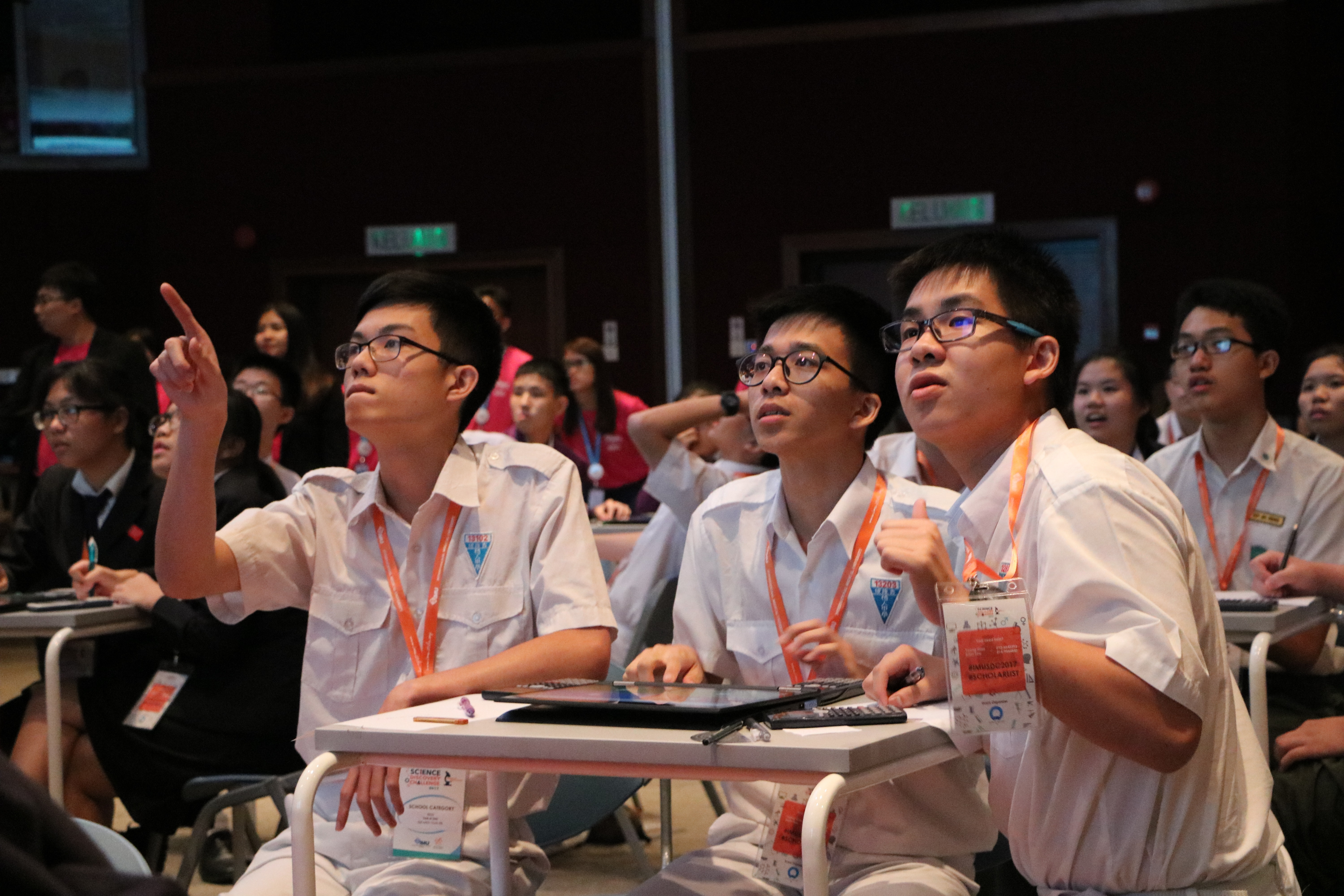 With three members in the team, team work, accuracy and speed were key to success and participants had to make the most out of the allotted time. Daniel Ashfak, 16, from Tenby International School in Penang, however, beat the odds and qualified to the grand finals by being solo as two of his teammates were not present. “I hope I can prove that you can still win being alone.” Deeply passionate about science, the young lad aspires a career in the medical field. “I’ve always loved science. I love it because it explains about me and the universe. I hope to be in medical field in future.” Daniel finished 11th in the competition.

In conjunction with the competition, the SDC2017 also featured ten workshops for students and teachers to explore the various aspects of science. Among the workshops conducted, just to name a few, included Clinical Sciences, which offered practical exposure to a real world clinic; Monsters Around Us that expounded creepy facts on parasites around us; Backpack Load in School Children that shared the danger and direct impact of children’s backpack’s load on their growth and spine health; Body Language and You that explored the subtlety of the silent language and what it says about someone’s body gestures; and Tooth Modelling where participants made a mould out of the impression materials and silicon moulds – they took home the mould too!

In its inaugural year, about 330 students (for both categories) participated in the SDC2015 from mainly the Klang Valley, Negeri Sembilan, Johor and Malacca.  Last year, this number increased to over 600 students hailing from eight states, representing 100% increase from the previous year.  Even teacher participation has increased from 50 to 110 in 2015 and 2016, respectively. WINNER’S LIST School Category 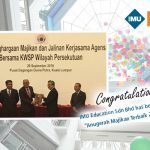 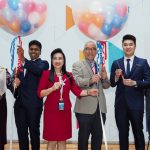 A Double Celebration: The Launch of Graduate Career Fair 2019 and Career Readiness Passport 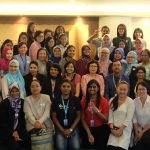 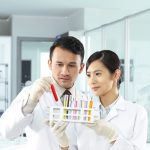