Tan Chen Liang’s passion to help those in need and are less fortunate began at a very young age when he was 5 years old as he vividly watched Robin Hood on television. It was then that he started wondering how the world would be a nicer place if he can be like Robin Hood to despoil the rich only to give to the poor, to shelter the old and the helpless and to protect all women, rich or poor. When he grew up, he began to realize that he doesn’t have to be rich (or steal from the rich) to help somebody. One just need to use whatever he/she has within his/her ability to help in any way that he/she can. “All I need to do is help one person, expecting nothing in return. To me, that is a humanitarian,” says Tan.

With this resolve in mind, Tan was bent on studying medicine since young as he felt that this is one is the best way to help others. This led him to International Medical University (IMU) to pursue his studies and graduate as a medical doctor.

At IMU, there were many platforms in which Tan was able to put his passion, knowledge and skills into practice. Through its IMU Cares programmes, Tan was given the opportunity to be involved in the Kampung Sebir Education programme for the indigenous community near Seremban. This was a project which was held for more than 6 months and opened his eyes to the needs of the indigenous communities in Malaysia. Through this project, Tan noticed the lack of knowledge, coupled with limited access to the public healthcare system have caused a lackadaisical attitude towards their own health. “We have to teach them. As the saying goes, give a man a fish and you feed him for a day. Teach him how to fish and you feed him for a lifetime. These are the changes that I hope to realize in the future,” said Tan.

Tan’s passion in contributing to the global society can be seen in his most recent effort in light of Covid-19. While the world is worried about outbreak of the pandemic, Tan worked with a team of data scientists, medical professionals, designers and developers in setting up the CoronaTracker which provides the latest news and developments of the 2019-nCov. Besides collecting data for further analysis, they prepared articles, info graphics, videos, Q&A interactive sessions, etc. This tracker presented a clearer picture of COVID19 and provides a more definitive approach on how to handle any contingency with less anxiety and stress.

As IMU Cares also occasionally conducts overseas humanitarian missions for disaster relief, Tan also signed up for the Role of Volunteers in Disaster First Response Program, International Table Top Exercise and Communication in Disaster Medicine Conference as well as the National House Officer Preparedness in Emergency and Disaster Course to prepare and equip himself for any missions in the future. He also presented a poster “New Curriculum Development: Disaster Preparedness – It’s not a Job, It’s a Calling” to raise awareness on disaster preparation at the Monash Malaysia Medical Education Conference. At the Perdana University Humanities & Medicine Seminar, Tan came up with the idea of pooling resources and doing collaborative work whenever a need for medical and humanitarian services arises.

Besides these, Tan is also very keen to serve the marginalized and underprivileged communities in Malaysia. He has served as a Medical Standby Volunteer for Special Olympics Malaysia National Games in support of athletes with intellectual disabilities. He also initiated and formed part of the committee of the Sign Language workshop to provide training for anyone who are interested to learn in order to better communicate with the mute and deaf community. Tan also volunteered for a Rohingya refugee project called E-lluminate which is a social enterprise to provide refugees with free education as he believes education is the key to improving lives. Tan was also the president of the Emergency Medicine Society where they launched a CPR awareness campaign to educate the community on the importance of CPR. Last but not least, he completed his internship as St John first aider in emergency medical assistance service (EMAS) and non-emergency ambulance patient transport service.

Tan’s interest in medicine never waned but as the years went by, his passion dwindled. An accident that took place right in front of his eyes while he was in medical school brought him back on track. At the time of the accident, Tan was undecided if he should stop to help, even though he has the ability to help, being a medical student in his 5th year, as doubts and fear of making mistakes came to his mind. In the end, he did stop to help, and that is something he never regretted. Although he did not remember doing much at that time, the relief and appreciation showed by couple involved reminded him of his passion to help others. This incident jolted him and reignited his passion. It was a strong reminder for him as to why he decided to be a doctor in the first place. Now that he is back on track and can look forward, he has visions of what he can do for public healthcare in Malaysia, which is better than most countries. However, the public does not appreciate and take full advantage of what our public health can offer especially the ethnic minorities. Education is still the key to ensuring everyone has equal access to the public healthcare system to ensure their well-being is being taken care off. 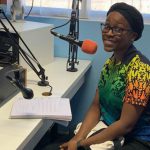 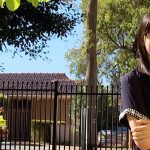 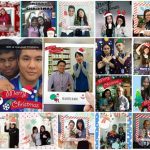