PART 1 OF 3 Emotional agility is as important as our physical agility to overall health, well-being, and successful relationships. But in a world filled with so much stress and uncertainty, how do we adhere to agility in our life? What is emotional agility? It is the ability to be able to manage your thoughts, emotions, and actions swiftly. It is without a doubt, we all have thousands – at times millions – of thoughts rushing through our minds. Emotional agility helps us to not get derailed by them, but more so, be mindful of the end goals with which we strive towards in life. What do we usually get distracted by? Intense emotions, major changes, instability, and many other challenges on a daily basis. “Emotional agility is also the ability to be with yourself in a way that is courageous and curious and compassionate,” which involves employing certain strategies to manage these circumstances. Celine Perera decided to pursue Medicine during her last year of high school, despite having wanted to become a veterinarian for several years growing up. It wasn’t until her father proposed the idea of a life in medicine, that she dedicated some time to enlighten and educate herself on the healthcare industry. With the help of her faculty advisors at Stafford International School, she was able to spend a few weeks shadowing doctors and healthcare staff in local hospitals to gain some insight into the life of a doctor. It was a very brief tour of the generic hospital setting, from speedy ward rounds and crowded clinics to meticulous blood sample testing and drug prescriptions. Everyone in the hospital had their own role and responsibility, yet they all worked together and collaborated collectively to provide the best care for their patients. 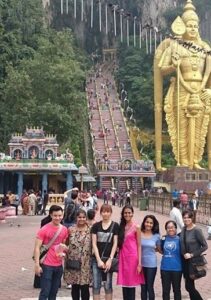 The defining moment for Celine, however, was when she stepped into an operating theatre for the first time ever in a local children’s hospital. It felt like a whole other world, with an ambiance she had never experienced before. Seeing how a doctor was physically able to treat a patient with their own hands was when she decided to take the first step towards a career in Medicine. She began her journey by applying to different medical schools in the United Kingdom. Despite receiving offers to study Biomedical Science from the University of Sheffield and King’s College London, she went on to apply for direct entry into Western Sydney University’s medical programme which was successful. However, because due to various factors such as the overall financial burden of studying medicine as an international student and being over 6000 miles away from home, she felt the need to reconsider her options. 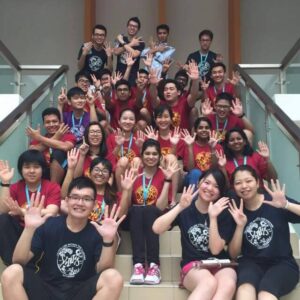 Eventually, Celine was introduced to the International Medical University (IMU) through a good friend of hers who was already studying Medicine there. When she heard about the partner medical school programme that they offered, she was very much intrigued. She came to know that this programme involved spending the first two and a half years at IMU in Malaysia, following which she would be able to transfer over to one of their many partner medical schools in either the United Kingdom, Ireland, Australia or Canada to complete the medical degree. It felt like the perfect plan that allowed her to study abroad but still be close enough to home in Sri Lanka. 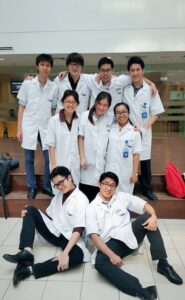 IMU was a very exciting milestone for Celine. Over her two and a half years in Malaysia, she got to experience a new and unique culture and gain a multitude of valuable skills. Of course, it took some time to adjust in the beginning. Being in a foreign country, learning the local languages, exploring the local food and culture took her months to get accustomed to. But with the help of all the people she had met during her time there, it was a very pleasant and memorable experience. Something of note that had helped, was because there was the partner medical school programme, there were plenty of other international students who Celine felt she was able to relate to. She also felt that the close-knit community in IMU was excellent at making everyone feel welcomed and involved throughout the years. 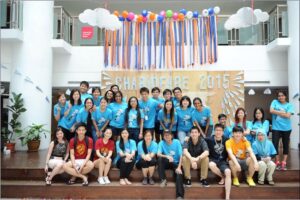 Celine dedicated a significant amount of her time to extracurricular activities that involved fundraising for charities. She was the secretary for the IMU Choir Club and was a part of a collaboration with the IMU Huaxia Chinese Cultural Society that organised IMU Amazing Voice in 2015. This was a singing competition that featured many of IMU’s talented artists, which raised a total of RM 1500 that was donated to a local NGO orphanage for boys. She was also appointed as the Vice President of Carnival for Chariofare 2015, IMU’s biggest annual charity fundraiser, and helped raise over RM 170,000 which was donated to four beneficiaries. Let us wait for part two of Celine’s journey to understand how emotionally agile she was during her time in IMU and during her elective placement in Japan. Yes, you read right – Japan. PART 2: A Multitude of Learning Experiences for an IMU Medical Student from Sri Lanka PART 3: IMU Medical Alumna Works in a Small District Hospital in Southwest of England What is it Like to be a Pharmaceutical Chemistry Student at IMU? 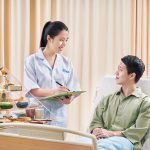 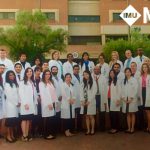 IMU Alumnus Wins Awards in US 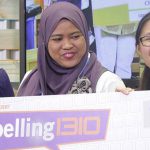