Photography: Pictures with a Thousand Words

Photography has become a part of our daily lives— we take pictures with our phones and computers and share them with the world. For some people like Dr Amalraj Fabian Davamani (in the above photo), photography is more than that, it is a passion to capture the world and tell stories that would otherwise go untold. As a microbiologist teaching and conducting research in Microbiology, Dr Fabian has published his photographs in many internationally accredited journals and has won the best photography work in Ophthalmology at a national-level clinical conference.

On 25 July 2022, the IMU Centre for Bioethics and Humanities had the privilege of inviting Dr Fabian as the speaker for a one-hour webinar titled Photography: Takes and Mistakes. The webinar started with Dr Fabian speaking on photography as a form of art, as the photographer’s selection of what to include in their photographs requires choices and a camera is merely a tool used to develop photographs. The detractors say it is not an art form since photographs are created by a machine, not humans.

Dr Fabian then detailed the history of photography, with the first known examples dating back to the early 1800s. Since then, it has continued to evolve and grow in popularity, becoming one of the world’s most popular art forms. In brief, the three types of photography differ in purpose, technique, and style.

When discussing the tools needed to master the art of photography, Dr Fabian shared four essential tips for good photographs: contrast, rule of thirds, point of view, and proximity While sharing the photos that he had taken throughout the years as an enthusiastic photographer, Dr Fabian remarked, “Photos are a return ticket to a moment otherwise gone. If you don’t capture it, then it is lost.”

He then concluded his talk by reminding everyone that photography is a craft that requires a lot of practice. Everyone will make mistakes, but the more you practice, the better you’ll become.

For more information contact us at cbh@imu.edu.my or visit us at https://www.facebook.com/IMUBioethicsHumanities

Written by Carol Chin, Lecturer, Centre for Bioethics and Humanities. 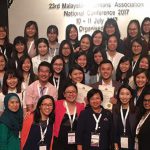 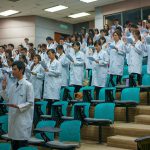 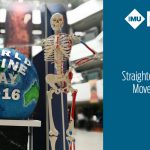 World Spine Day 2016 – Straighten Up And Move in IMU 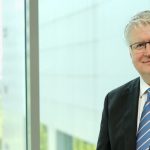 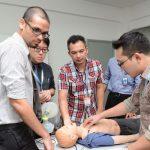