The Healing Power of Theatre

Theatre is one of the oldest art forms and has been used to express ideas and feelings for thousands of years. It has also been a powerful way to bring people together in communities across the world. For Thashwini Gunaseelan, theatre has helped her to discover more about herself and heal from past trauma and depression. As a law graduate with a passion for the performing arts, Thasha, as she is fondly known, has advised, produced, directed, and acted in several theatre productions.

On 20 October 2022, the IMU Centre for Bioethics and Humanities had the privilege of inviting Thashiwini Gunaseelan as the speaker for a one-hour webinar titled The Healing Power of Theatre. The webinar started with Thasha talking about how she came to discover her true calling. During her university summer break, Thasha, got into an audition and managed to secure an acting role in the production. At that point in time, Thasha was suffering from Post-Traumatic Stress Disorder (PTSD) and was feeling insecure about her body. The director of the production, who happens to be a psychology major, helped her to understand her condition better.

After her short acting stint, Thasha was back to feeling empty and depressed. Nonetheless, this feeling made her realise that she will need to finish her studies but will not practise law. As such, upon graduating, she worked in a public relations and advertising agency. However, she started questioning herself if this is the kind of life she wanted as she often felt burnt out and unhappy.

As Thasha struggled to find purpose in life, she recalled her three-month acting experience. She remembered that being in a theatre space helped her feel truly happy, healed, and free. This awakening led her to quit her agency life and pursue acting as a career. Although it was tough in the beginning, switching her career path to performing arts helped her to process and communicate her emotions, and personal situation better. Besides producing and acting, Thasha is also a drama teacher.

On a final note, Thasha articulates, “Creativity should be normalised….Art can be anything you want it to be.” With that being said, she concludes that theatre can bring about many benefits as it is not only a healing tool but also an empowering platform that makes space for positivity, love, and encouragement. For more information contact us at cbh@imu.edu.my or visit us at https://www.facebook.com/IMUBioethicsHumanities

Written by Carol Chin, Lecturer, Centre for Bioethics and Humanities. 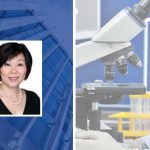 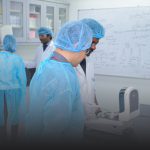 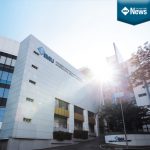 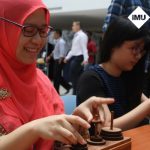