This grand event marked the culmination of the 30th IMU Anniversary celebrations that gathered all IMU staff for a celebration together. The event started with reception and drinks where staff took pictures at the decorations lit with colourful LEDS. The sparkle and glitter from beautiful dresses and outfits enhanced the lights and colours in sync with the ‘Enchanted Journey’ theme.

Prof Vishna Devi Nadarajah, as the Chairperson for IMU 30th Anniversary celebrations, delivered her speech, followed by IMU’s Vice Chancellor Prof Abdul Aziz Baba. A special video was prepared to commemorate the events that have been carried out in 2022 in conjunction with the 30th anniversary. Following that, the events was filled with performances and activities, where the main highlight was the 30th Anniversary Cake Cutting ceremony that gathered long-serving IMU staff to the newest joiners. A series of lucky draws were highly anticipated by staff and over 40 prizes were won by the lucky winners. The evening was filled with music by performances from Urban Tribe, and a stand-up comedy by Kavin Jay, who was also the Emcee of the dinner. The Best Dressed finale was done on stage where staff had to do a lip-sync battle to attract the highest votes from the audience.

This event has gathered close to 630 guests with a majority being IMU staff from all campuses, and connected them all since the 25th Anniversary Dinner in 2017. It was an effort to bring everyone close and rekindle the camaraderie since the pandemic started in 2020.

This event wouldn’t have been successful without the committee’s effort and all guests who attended the IMU 30th Anniversary Dinner.

Looking forward to the next one in 5 years! 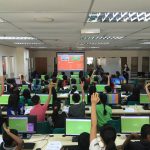 Educating Underprivileged Children in the Art of Preparing Presentations 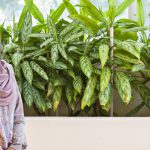 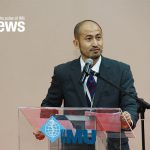 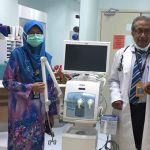