Dr Paul Chan Hong Kit from ME2/98 cohort recently got in touch with IMU to make a visit and met up with Prof Peter Pook, Prof Ong Kok Hai, Dr Mei Ling Young and a few others who taught him in the past. The Alumni Office took the opportunity to catch up with him over lunch and got him to share his journey with us. 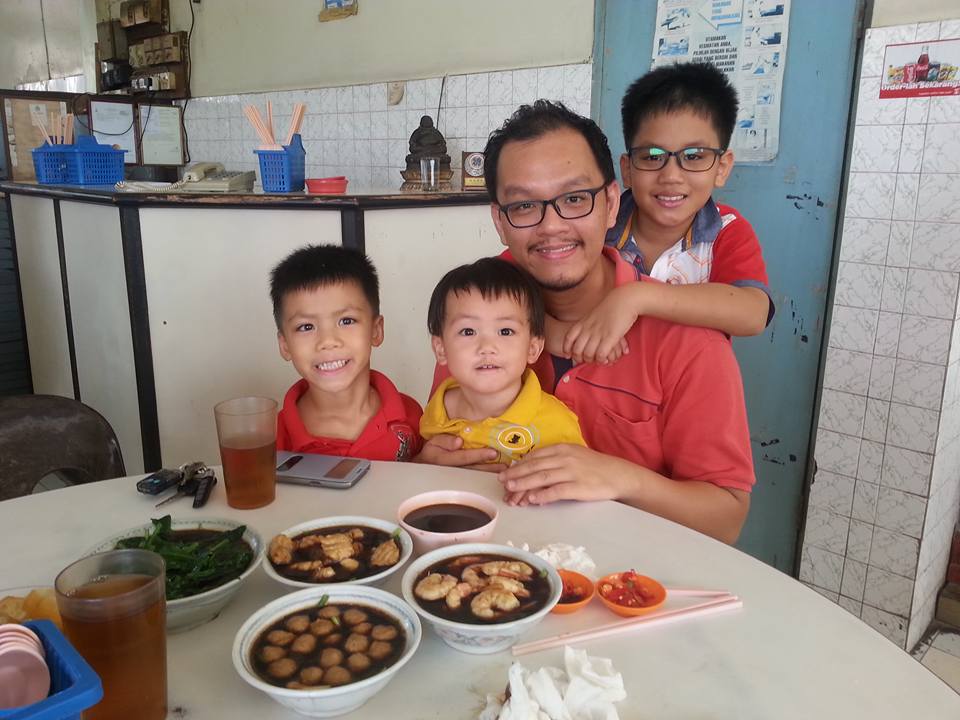 When asked what inspired him to become a doctor in the first place, he recalled having appendicitis when he was nine-years-old and how he had excellent treatment from his doctors back then, and that experience planted the idea of him becoming a doctor, which eventually led him to a medical degree in IMU. When Dr Paul Chan graduated, he chose to do his housemanship in Kota Kinabalu because he knew that there was not enough doctors, and that there would be a lot of work to be done to help the people there. Six of them from his batch decided that they wanted to serve in Sabah. Despite his parents’ reluctance, he went ahead with his choice. He had to take a loan of RM2,000 in order to buy a one-way flight ticket to Sabah to start his career. For the first 3 months, he went to work on foot, for approximately 20 minutes per way, every day, until he saved up enough for a new car’s down payment.

He was really happy that he made the right choice as he learned a lot working in a busy hospital in Kota Kinabalu. Life was really busy as a houseman. As a houseman, he was expected to do from A-Z, from taking patients’ history, physical exam, coming out with the likely diagnosis, doing procedures and monitoring patients’ progress until discharge.

He spent 6 years in Kota Kinabalu before heading back to Kuala Lumpur together with his wife who was pursuing her Master Degree. He spent his subsequent 2 years as a paediatrics trainee before he decided to jump over into management as clinical work was getting mundane. When asked what the motivation behind the jump was, he simply said “family priority came first”. By then, his second child was born and both he and his wife felt that they had no quality time with the children, therefore they  both compromised and decided to switch their specialisation midway. With that, he took up an MBA while his wife continued with her masters in Radiology and Diagnostic Imaging. Both of them graduated almost the same time in 2013. 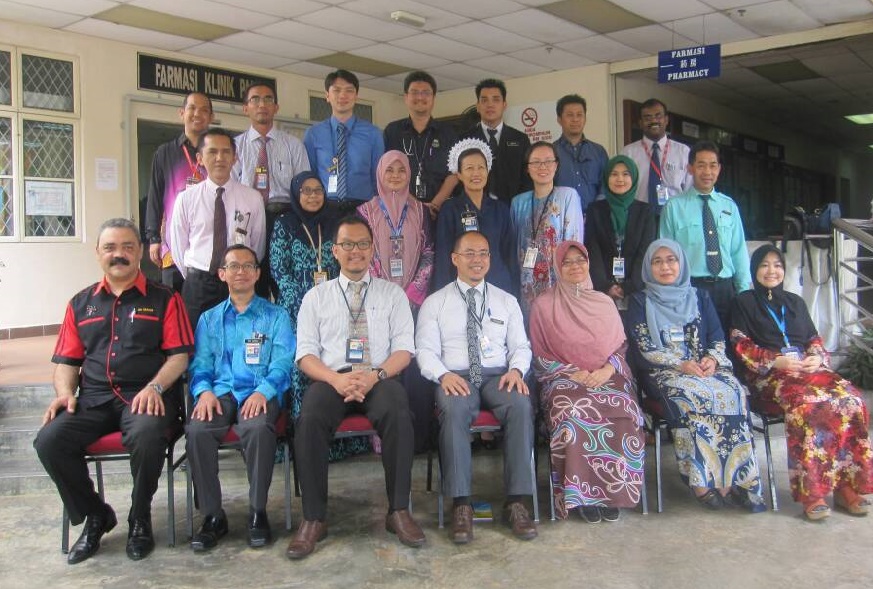 Just before completing their masters degree, he had an in-depth talk with his wife to decide where they would want to head next. They eventually decided to go to Sandakan believing that they will be able to maintain a quality and balanced life with their little family in tow.

Today, Dr Paul Chan is the Deputy Director in the Hospital Duchess of Kent in Sandakan, Sabah, Malaysia (HDOK). Despite his gentle manner and demeanor throughout the interview, one cannot help but to notice that Dr Paul Chan is someone who makes decision very quickly, after evaluating the pros and cons carefully. He has never regretted his decision in any ways and genuinely see that being a doctor is his true life calling.

Despite his busy schedule in the daily operation of the hospital, he still finds time to help the needy. He works with a number of NGOs to provide treatments to the underprivileged without jeopardising the hospital’s financials. The NGOs that he works with include Lions Club, who would raise funds annually to help the needy patients with cataracts. Next on the list is GIVE Foundation, a foundation started by a group of fashion designers to help children who are in need. The foundation recently raised RM165, 000 through charity fashion shows and dinner. 90% of the proceeds will be channelled to the Paediatrics Department of HDOK to support sick children in need who are warded. 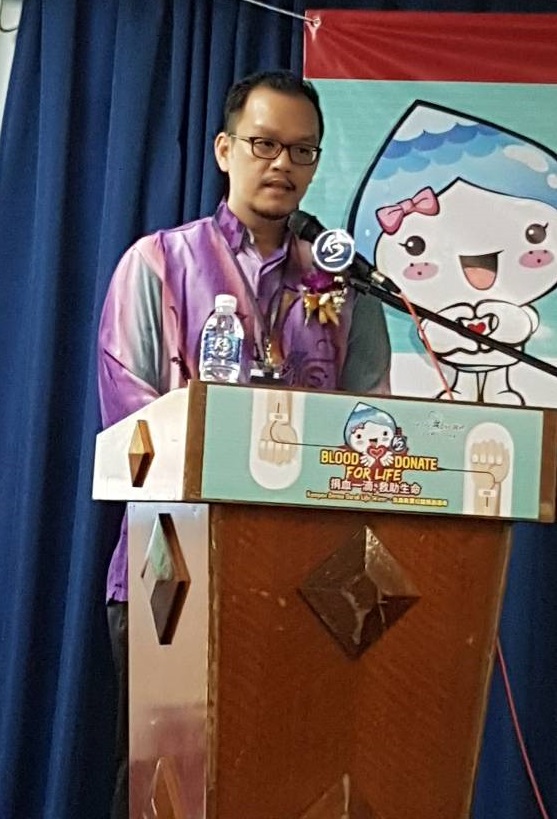 He recently partnered with Tzu Chi Foundation to provide free monthly vaccination to poor foreign children and antenatal care for foreign mothers who cannot afford healthcare. He also worked with Sandakan Pink Ribbon Society and IJM Plantation to provide free breast cancer awareness programme, breast self-examination and free breast ultrasounds for women working in the interior estates. Besides working with charitable organisations, he is also active in the local non-profitable societies. He is the Secretary for Sandakan Chapter of the Malaysian Crime Prevention Foundation (MCPF). MCPF’s  primary aim is to promote awareness and participation in crime prevention especially in schools, colleges, polytechnics and universities. He is the Treasurer of the Hospital’s Welfare club, whose role is to look after employee’s social welfare. He is also the Vice President Membership for the Sandakan Toastmasters Club, an organisation that trains public speaking and leadership skills. He is the current International Speech Contest Champion, for both Club and Area Level. He is the Life Member for the Malaysia Medical Association as well as the Medical Practitioners Coalition Association of Malaysia, a member of the Medical Legal Society of Malaysia (MLSM) and a member of the American College of Healthcare Executive.

On top of all that, Dr Paul Chan also saw the need of having a diagnostic centre in Sandakan. There are many private general practice clinics but none are giving radiology diagnostic services. He and his wife, founded Sievert Imaging Centre, the very first diagnostic imaging centre in Sandakan. The centre provides specialised radiology services, laboratory services and health screening services. They have plans to expand their services further within Sabah, the place where they think the need is greatest. When asked how he balances his relationship, work and family life with all the things that he is doing, he said that he always asked himself – “What is my priority right now?”. That will usually lead him to an answer that will be bring him and his wife to set sail in the same direction. It may sound like a simple question, but there is a much deeper meaning to that question that many may have overlook through the hustle and bustle of daily life. When asked what his advice would be to his 20-year-old self if he has a chance to do so and his question would be to start deciding what he wants in life early. If there is one thing that he could change, that would be to start doing both clinical and management at the same time, instead of coming to the realisation 8 years after graduation.

His advice to aspiring and young doctors is that the ‘world out there is much bigger than just the clinical world’. We do not always need to be practicing clinicians to save lives. There are many other opportunities to make ourselves relevant and useful in helping others. We can only ‘cure’ sometimes but we can ‘comfort’ always.

We would like to take the opportunity to thank Dr Paul Chan for taking his time out to answer our questions and by sharing his heart warming journey with the community. For anyone interested to collaborate with Dr Paul on helping the needy, please contact him via email at drpaulchan@sievertimaging.com. 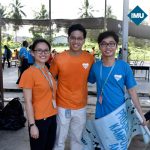 Achieving his Dream to be a Doctor Khoo Jia Xin: Growing from a Pharmacy Student to a Hospital Pharmacist 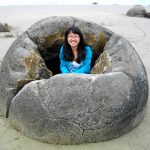 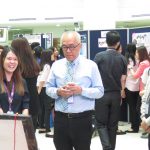 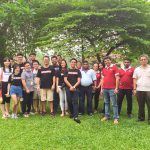 The Circus is in Town!