Tuberculosis (TB) is a contagious and potentially life-threatening disease transmitted through the air (such as talking, coughing or sneezing). It is caused by the Mycobacterium tuberculosis bacteria that attacks the lungs. It can also damage other parts of the body.

In 2017, Multidrug Resistant (MDR) and Extremely Multidrug Resistant (XDR) tuberculosis recorded a mortality rate of 40% and 60% respectively. In Malaysia, the incidence of tuberculosis is on the rise with 26,168 cases reported in the year of 2017. Of which, 45% are resistant to first line drugs, leading to MDR/XDR TB. The biggest challenge in tuberculosis drug discovery is to reduce the treatment period from more than 6 months to just one week. In view of the alarmingly high incidence and mortality rate, the Bioactive Molecule and Drug Delivery (BMDD) team under the Institute of Research, Development & Innovation (IRDI) at the International Medical University (IMU) is aiming to incorporate Artificial Intelligence (AI) and cheminformatics in the search and design of novel drugs as potential new therapeutics in treating tuberculosis. The BMDD centre is currently headed by Prof Mallikarjuna Rao Pichika who is also the Associate Dean (Research & Consultancy), School of Pharmacy as well as a Pharmaceutical Chemistry Professor at IMU. Together with an IMU alumna, Mak Kit Kay, they formed a team and submitted a few research proposals. The proposals were about integrating AI and cheminformatics approaches to design novel drug-like molecules for tuberculosis.

A similar research proposal, using cheminformatics approach, was applied for International Scientific Challenge organised by BioSolveIT, Germany. It became one of the selected five research proposals, where the team was given access to use BioSolveIT’s computational drug discovery software to design novel drugs. Riding on the same wave, the team also has a scientific paper published in a high impact factor journal ‘Drug Discovery Today’ (Impact factor: 6.84; Tier: Q1) focusing on the present status and future prospects of AI in drug development. AI is a promising advanced tool in drug development that should be utilised to leapfrog the medical industry forward by improving the efficiency of the drug development process. 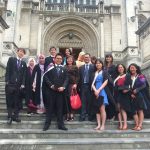 Fulfilling a ‘Yen’ for Antarctic Research

Cooking Up a Healthy Career 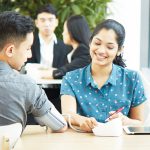 Activate Self-Development with an Online Education in Public Health