World Spine Day 2012 is an international event organised by the World Federation of Chiropractic (WFC) and was held on the 16th October 2012. The aim of World Spine Day is to raise awareness of spinal health and spine disorders within the interdisciplinary health care community and amongst public policy decision-makers and the general public. It was also to provide an opportunity to encourage ongoing discussion about the burden of spinal disorders and to promote an interdisciplinary, collaborative approach to easing the burden of spinal disorders. In conjunction with World Spine Day 2012, the WFC held a World Spine Day Contest for the second time, which was open to associations, colleges and individuals worldwide with the goal of encouraging activities to raise awareness of the Bone and Joint Decade’s World Spine Day. World Spine Day was celebrated with enthusiasm at IMU throughout the month of October with most ideas for the many projects coming from the 100 chiropractic students based on campus. The projects included creating and completing a Chandelier of Spines, which was hung at the center of the IMU atrium.  Beneath all spines dangling from the chandelier were vertebrae- shaped paper cards with information regarding ‘healthy’ spine habits. In addition, IMU students also set up booths along the IMU driveway, for games and selling of badges. Games included quizzes, where players were required to read materials to match diagnoses and pictures of musculoskeletal disorders. There was a huge turnout for the complimentary spinal screenings for the public with check-ups on posture and range of motion, and findings recorded on a basic chiropractic spine examination form. ‘Straighten Up and Move’ exercises were performed and a poster board gave information on posture and ergonomics. Students walked throughout the IMU campus with ‘walking boards’ hung across their bodies. These featured information related to World Spine Day and 10 common diseases of the spine – namely cervical bulge, cervical stenosis, cervical herniation, scoliosis, lumbar bulge, lumbar stenosis, kyphosis, lumbar herniation, degenerative disc disease and spondylolisthesis. Colourful and informative pamphlets on these illnesses were distributed. The project manager- Ng Tang Yang from semester 5 said, “It took us two days to prepare everything including the chandelier, all with the help of Chiropractic students from Semester 3, 5 and 7. A big thank you for the work you did on this project, the team is very happy and that is a direct result of their hard work. Not to forget the committee member, thanks for being awesome partners, I look forward to working together again in the future.” Judging of IMU’s efforts on world spine day was done remotely by assessment of videos, photographs and a written overview, by the WFC judging panel. Other teams competing for honours in the competition included submissions from Australia, South Africa, USA, Cyprus, Namibia and South Korea. These countries ran events such as ‘Promotion of the Straighten Up and Move program’ (Australia, South Africa, USA), Congress on ‘Treatment of Spinal Disorders’ (Bulgaria), Expert forums raising awareness of topics such as disc herniation, exercise, spinal injuries in sport, spinal cord injuries (Croatia), Demonstration of exercises for neck and back and related conferences (India), Creation/promotion of public education materials on back pain (Slovenia) and Walking programs (Australia, USA) The panel of judges appointed by the WFC Public Health Committee announced the following results in early December 2012: First Prize (US$1,000) Life University, USA Second Prize (US$750) International Medical University (IMU), Malaysia Third Prize (US$500) Scotia Chiropractic, UK The prize was just announced recently this year. Congratulations to IMU students! 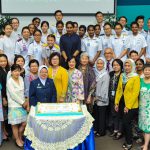 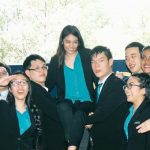 Studying Foundation in Science at IMU: A Student’s Point of View 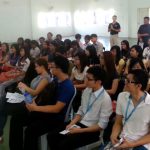 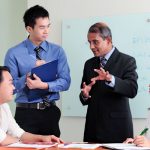